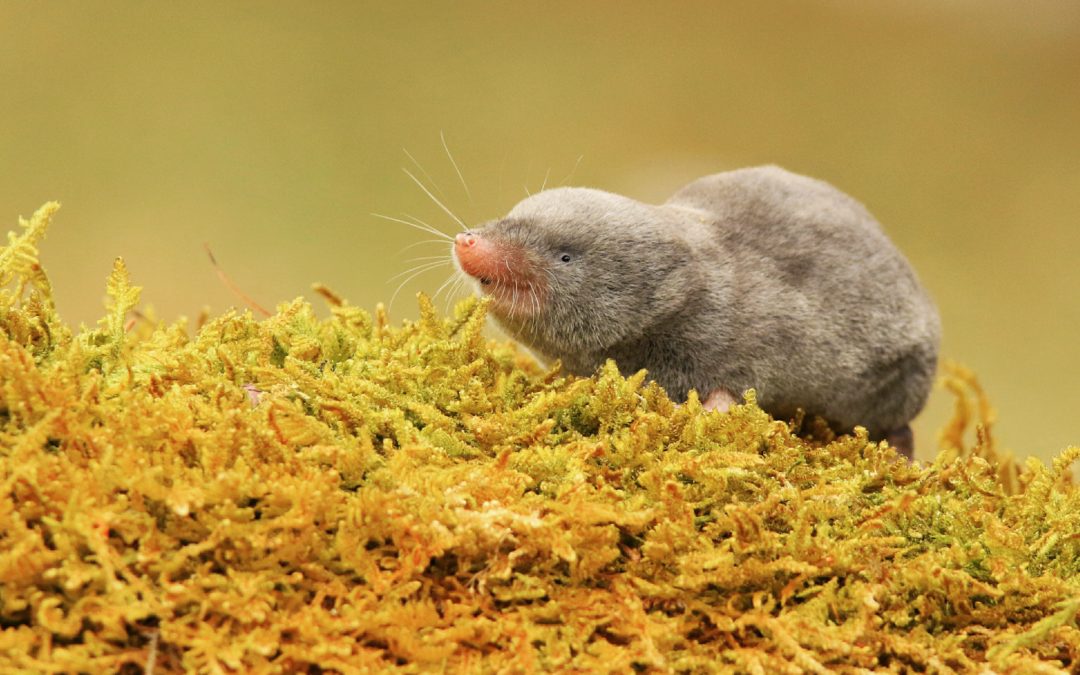 Last week I had the misfortune of catching a northern short-tailed shrew (Blarina brevicauda) in a mousetrap at the Kankakee Sands Seed Barn. As uncomfortable as I felt for ending the life of that little shrew, I had to admit, it was quite thrilling to hold the tiny firecracker of a mammal in my hands. Shrews are known for their ferocity, so they aren’t typically an animal that you would hold or touch.

A few years ago, my 65-pound dog had nosed up a shrew in our yard. The little shrew, standing on its hind feet, just inches tall, was chattering and scolding my dog. It was even jumping up trying to nip his nose! My dog was rather unnerved and ended up running off in the opposite direction.

Merriam-Webster has several entries for the adjective shrewd that certainly must have come from someone who was very familiar with shrews: mischievous; abusive; dangerous; severe; piercing; marked by clever discerning awareness and hardened acumen. I think my dog would have been in 100% agreement.

Even though shrews have long-pointed snouts, they have a poor sense of smell. Their tiny eyes are thought to be used to detect light, rather than to see. Shrews have an advanced sense of touch and use echolocation to navigate through their environment. This all makes sense for an animal that spends the majority of its time in the dark, underground and is active at night.

Shrews have extremely high metabolic rates. Their heart rates can reach up to 1200 beats per minute! With such a high metabolic rate, shrews need to eat three times their body weight each day to have enough energy to survive. They are primarily insectivores, dining on earthworms, slugs, snails, caterpillars, crickets, and centipedes, but have also been found to eat shrews, house mice, fungi and seeds.

Shrews have a venomous saliva that paralyzes their prey so that they can consume their meal without being injured themselves by a bite or blow from their victim. Although I haven’t been bitten by a shrew, I’ve heard that the bite is quite painful.

Though typically solitary animals, shrews come together during mating season. The gestation period is only 21-24 days, after which six to eight young are born. After just 25 days, the shrewlets are weaned. Shrews become sexually mature at just two or three months of age and female shrews can have two to three litters per year. All this equates to a lot of shrews! Yet, more than 80% of shrews do not survive their first year. Snakes, hawks, cats, skunks, raccoons, opossums, and harsh winters keep shrew numbers in balance.

Widespread and abundant, shrew populations are not declining. The northern short-tailed shrew is common throughout central and eastern North America and is likely the most common shrew in the Great Lakes region. They reside in every county in Indiana, in a variety of habitats including grasslands, woodlands, wetlands and gardens.

So, perhaps that’s the great moral to the shrew story… Regardless of whether an animal, plant, or insect is rare or common, it can inspire us with its beauty, uniqueness, ferociousness and velvetiness.

From the iconic bison to the common shrew, Kankakee Sands is home to them all, providing habitat for all common and not-so-common members of the prairie ecosystem to work together towards a well-balanced prairie.

The Nature Conservancy’s Kankakee Sands is an 8,400-acre prairie and savanna habitat in Northwest Indiana, open every day of the year for public enjoyment. For more information about Kankakee Sands, visit www.nature.org/KankakeeSands or call the office at 219-285-2184.