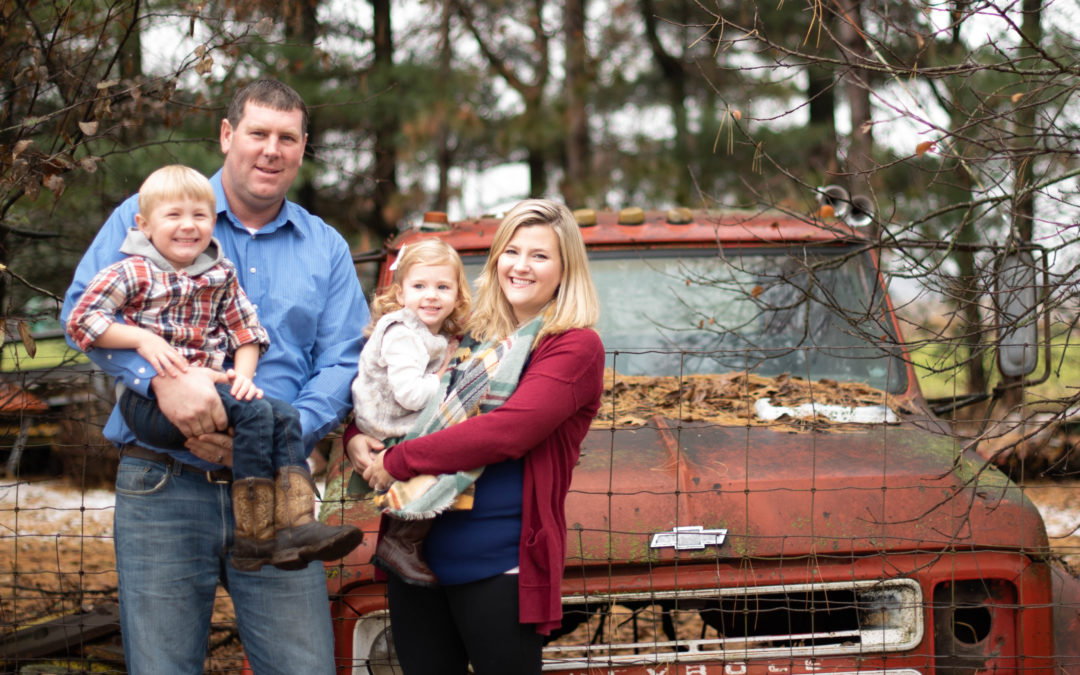 8 Lilly Scholars who attended the Season of Giving Gala submitted a brief bio about themselves and how the Lilly Scholarship affected their lives. The event was also a celebration of more than 76 Lilly Endowment Community Scholars from Jasper and Newton counties since 1998.

Sara is a 2005 South Newton graduate and went on to earn a degree in Natural Resources and Environmental Science and a degree in Creative Writing from Purdue University. Because of the Lilly Scholarship, she was able to study abroad while at Purdue. The trip to Sydney, Australia eventually led to her first job out of college as the Communications Coordinator for an international mineral mining company based in Baltimore, Maryland. Sara eventually made her way back to Indiana and married a local farmer and business owner, Josh DeYoung. She now works contractually with non-profits and local governments in community development and communications. Sara also runs a seasonal farm stand. She enjoys being a 4-H leader, Farm Bureau Board Member, and community cheer leader. Sara and Josh live and farm in Lake Village and have two children Otto (5) and Evie (3).

A HUGE thanks to the Jasper Newton Foundation for making this possible!

2003 Lilly Endowment Scholarship Recipient. After graduating from South Newton, Lyndsey earned her Bachelor of Science degree in Nursing from Marion University in Indianapolis. Lyndsey has used her degree and her passion for caring for others in a variety of places including mission work in Honduras, rural hospitals in England, working as a Registered Nurse in an inner city hospital in Atlanta, Georgia and working for different hospitals, care centers and schools around Indiana. Lyndsey has been recognized with numerous patient care awards for going above and beyond for those in her care. Wanting to return to her hometown of Kentland in 2017, Lyndsey started working at George Ade Memorial Healthcare Center in Brook, IN. She also works as a substitute nurse at South Newton Schools. She is honored to give back to the community that gave her so much opportunity.

Kelly is a 2002 graduate of South Newton High School and graduated in 2008 with a Doctor of Pharmacy from Butler University College of Pharmacy and Health Sciences, thanks to the Lilly Endowment Community Scholarship. Kelly Cochran, PharmD, BCPS is an associate professor at University of Missouri-Kansas City School of Pharmacy and an adjunct clinical assistant professor in the University of Missouri School of Medicine. Her area of teaching, research, and service revolves around the advancement of ambulatory care pharmacy practice with an emphasis on quality improvement and rural health. In September she was part of a team that received a $4.2million HRSA grant titled “Innovative Model to Increase Primary Care Physicians for Rural and Underserved Missouri”. Since 2013 she has led a program called Pharm to Farm and provides onsite farmstead medication assessments to farmers with chronic conditions, disorders and disabilities who are involved in Missouri AgrAbility Project and Missouri Extension. She has received additional training in Agricultural Health and Safety and initiated an elective rural health and agrimedicine course at UMKC School of Pharmacy. Her current research is examining Medication-related Agricultural Injuries Among Missouri Farmers.

Kelly is a board certified pharmacotherapy specialist and completed 2 years of pharmacy residency at University of Iowa Hospitals & Clinics and University of Illinois at Chicago College of Pharmacy and Medical Center. Upon her appointment at UMKC in 2010, she established the first ambulatory care pharmacy services at the University of Missouri Internal Medicine Clinics and provides comprehensive medication management. Since that time she has been involved in training health professions students and residents.

Kelly has received numerous regional and national awards including:

Courtney Feagans interned at the Jasper and Newton Foundation, elementary schools, a Boys & Girls Club, and C.A.S.A. while studying Social Work at Taylor University. Upon graduation in 2018, she moved to South Florida, where she became a Houseparent (live-in foster parent) for teenage girls in foster care. Within the last month, she has become a Child Advocate to help parents reunite with their children, find forever families, and ensure safety and healing. Courtney will graduate with her Masters of Social Work from Campbellsville University in May 2020.

Cliff is a 2005 Lilly Scholar recipient who graduated from Rensselaer Central High School. The Lilly Scholarship afforded Cliff the opportunity to attend DePauw University where he received a Bachelor of Arts in Spanish and minors in Political Science and History. Following his tenure at DePauw, Cliff entered law school at the Indiana University McKinney School of Law as a full-time student and graduated in May 2012.

Since then, Cliff has clerked for two federal judges, the Honorable Michael S. Kanne of the Court of Appeals of the Seventh Circuit and the Honorable Larry J. McKinney of the District Court for the Southern District of Indiana. Cliff also worked for the Office of Corporation Counsel for the City of Indianapolis as well as the law firm of Densborn Blachly, LLP where he focused his practice on commercial litigation.

In December 2018, Cliff, along with his wife Jessica who also calls Rensselaer home, returned to Rensselaer to open The Law Office of Clifford M. Robinson – a general practice firm with a focus on business litigation, real estate matters, as well as estate planning. Cliff also serves as a Jasper County Public Defender.

Cliff lives in Rensselaer with his wife Jessica and their two daughters – Ruby (2) and Alice (4 months). Jessica is the pharmacy manager for CVS.

Upon graduating from Purdue University (2008) I moved to MN to work at Land O’ Lakes Inc. working as a product developer creating new products in the refrigerated deli cheese portfolio. In addition, worked part time on completing my Masters degree in Food Chemistry from the University of  Minnesota.

In 2013, I moved closer to back home residing in Chicago, IL and working for Kraft Heinz Company. During my time at Kraft Heinz I have renovated the iconic Blue Box Macaroni & Cheese to include no artificial preservatives, no artificial colors, and no artificial flavors. I’ve also helped develop and launch a new food brand in collaboration with Oprah Winfrey called O, That’s Good.  I currently act as a manager in the Joint Venture/Breakthrough Innovation team still working on the OTG brand and looking at new joint venture opportunities.