Serving others and leading the way: The legacy of Dr. John Egan 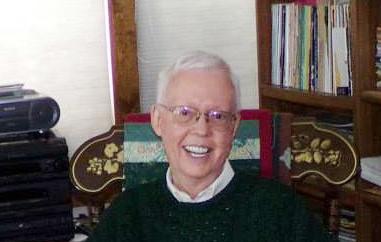 Like a well written musical composition, the life of Dr. John Egan had a resonant theme: using his talents to serve others. With his passing in May of this year, Dr. Egan’s family, colleagues, and community lost a tireless leader and a remarkable person.

Dr. John Bernard Egan was born in Lima, Ohio, in 1936, and graduated from St. Rose High School as valedictorian of his class in 1953. He received a bachelor’s degree from the College Conservatory of Music of the University of Cincinnati and went on to earn a PhD from Indiana University, where he was a teacher assistant in Music Theory and Piano from 1956-1959.

Egan served in many capacities at the college, including as music department chairman, humanities division coordinator, core director, choir director, accompanist, music minister, and faculty sponsor of the Woodrow Wilson Visiting Faculty Fellows Program. He was also a founding member and past chairman of the Council of Fellows and member of the Athletics Hall of Fame committee.

Egan’s service extended beyond campus as well. He was involved with St. Augustine Catholic Church as a music minister and member of the Parish Council. He was a member of the Knights of Columbus and served on many boards, including the Rensselaer Central Schools Board of Trustees, Rensselaer Park Board, Ancilla College Board of Trustees, and the Indiana State School Board Association. He was a district governor, president, and Paul Harris Fellow with Rotary, as well as a member of the Rotary International Ambassadorial Scholarship Committee.

Former Indiana Governor Frank O’Bannon named Dr. Egan a Sagamore of the Wabash, an honor that recognizes a recipient’s “humanity in living, his loyalty in friendship, his wisdom in council, and his inspiration in leadership.”

No matter what other projects he was involved in, Egan’s devotion to music remained at the center of his life. He performed many piano and organ recitals with his wife, Anne-Marie, in churches and at community events. He conducted choral festivals throughout the state of Indiana, played in the Lafayette Symphony Orchestra, and taught hundreds of piano students privately.

Egan’s son, Dr. Sean Egan, noted that of all his father’s accomplishments, he was perhaps most proud of his involvement in the development and sustainability of the Jasper Newton Foundation. He served as board president of the Jasper Foundation for seven years, promoting charitable giving and encouraging philanthropy.

He was also involved in creating the Carnegie Center from the old Carnegie Library building in Rensselaer. Today the building houses the offices of the Jasper Newton Foundation, as well as the headquarters of the Prairie Arts Council and the Lilian Fendig Gallery.

Former Executive Director of the Jasper Foundation Linda Reiners remembered Dr. Egan’s enthusiasm for the Foundation and his dynamic presence. “He was very much a people person and gave many speeches on behalf of the Foundation,” Reiners said. “Working with John for many years made me aware of just how sincere and loyal he was to the Foundation, his beloved family, and his community.”

To honor Egan and his philanthropic legacy in the community, the Jasper Newton Foundation created the Egan Family Undesignated Fund. Said current Jasper Newton Foundation Executive Director Brienne Hooker, “Opening the Egan Family Undesignated Fund was the most natural thing for the Foundation to do. The community expressed their love and appreciation for him through many generous donations after his passing, and we wanted to continue to honor him and those donors into the future. With the blessing of Anne-Marie, we opened this fund to make the most of the Lilly Endowment Gift VII match ($2 for every $1 given to each county’s community fund). This would have pleased Dr. Egan as well because the Foundation has benefited greatly from the generosity of Lilly Endowment.”

Dr. Sean Egan echoed these reflections on his father’s generosity and leadership. “I can’t begin to count the number of times that I was with him, in the company of others, that he would tell friends and total strangers about the Foundation and all that the Foundation provides to our community,” he said. “As a part of his legacy, it is my hope that others will follow his lead and give to the Jasper Newton Foundation.”

Dr. John Egan’s dedication to service will live on in large part because of his wholehearted investment in creating an organization that can serve more of his community than any one person could.

“John was a pillar of the Jasper Newton Foundation from the beginning, helping to mold and guide the Foundation into being and onto a path toward its current form,” Hooker said. “John loved where he lived and this will be his legacy.” 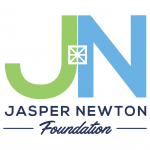