Unique History of the Carnegie Library 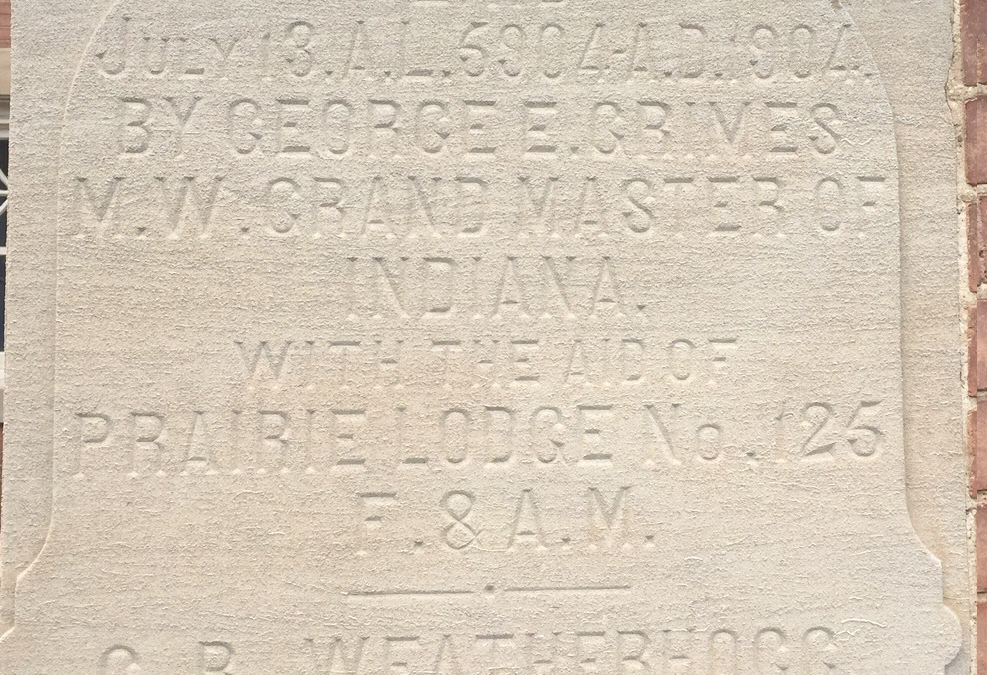 Rensselaer Republican Newspaper article written in 2018 by Judy Kanne talks about the very beginning of the Carnegie Library, how it came to be and what it is now

The former Carnegie Library at 301 North Van Rensselaer Street in Rensselaer had a cornerstone dedication on July 13, 1904. That was the official beginning of the structure we now know as the Carnegie Center. Recently I was asked to talk about this iconic structure, and happily I found source information from Brienne Hooker, Jasper Foundation Director, and from Kathy Salyer, former Director of the Jasper County Libraries via 1985 History of Jasper County, Indiana.

The history of that library building on Van Rensselaer Street began a little earlier with the 1899 Indiana legislative act that allowed cities and towns to levy a tax for library purposes. Then Rev. C. D. Royce, spurred on by his love of books and hearing of Carnegie Libraries built in Indiana, wrote Andrew Carnegie in 1902 to ask for funding for a new library in Rensselaer. Andrew Carnegie was a philanthropist who began as a telegraph messenger for the Pennsylvania Railroad, became a Civil War military transportation chief, to finally a steel industry magnate.

After building his wealth, Carnegie devoted the rest of his life to philanthropy and building local libraries, world peace, education, and scientific endeavors. Indiana received the largest number of library grants between 1901 and 1918. There were 165 local libraries built in Indiana with Goshen the first and Lowell the last one. Two academic libraries at DePauw University and Earlham College were also Carnegie’s creations. About 100 of those Carnegie buildings are still in use as libraries today.

Royce received notice from Andrew Carnegie saying “If the city could provide a suitable site and maintain it for not less than $1000 a year, he would contribute $10,000 to build the library.” The city must have a population of at least 1000 citizens. By Carnegie’s deadline of August 25, 1903, those commitments by Rensselaer were met. Carnegie granted the city $12,000 for the Carnegie Library.

The well-known architect, Charles Weatherhogg, was selected to design the library. He was one of the architects of the Jasper County Courthouse. The library architectural style is neoclassical, unlike his gothic revival courthouse. The Carnegie Library in Rensselaer opened officially on September 4, 1905. By the end of that year, there were 4000 volumes according to Salyer’s report with circulation of 14,450. The early librarians were Miss Bessie King, Miss Antoinette Price, and Miss Ida Millikin.

Changes occurred in the 1950’s with red “linotile” on the main floor, new light fixtures, and lowered ceiling on the main floor. That covered over the existing stained glass windows. Also in 1954 to 1957, the Rensselaer Schools rented the downstairs as a classroom.

The following decade, Jasper and Newton Counties collaborated creating the bookmobile that continued until 1972. Library branches in DeMotte and Wheatfield soon followed. So as the county library system grew, so did the needs grow in Rensselaer. By 1992, a new library was constructed on the former Rensselaer High School site on the corner of Van Rensselaer and Susan Streets. The Carnegie Library closed in 1992.

The main floor of the original Carnegie Library became the Lilian Fendig Gallery for the Prairie Arts Council. Ralph Fendig, a local pharmacist and business owner, named the gallery for his wife, Lilian, while supporting the arts and his wife’s Hoosier Salon and Brown County Art Guild legacy. The stained glass windows in the ceiling were restored. Recently, a renovation under the guidance of Bonnie Zimmer and Pam Hueser, has given a fresh and professional gallery style to this Fendig Gallery.

As our Carnegie Library has evolved into the Carnegie Center, others around Indiana have changed too. In other Carnegie structures are two restaurants, six town halls, three historical societies, four art galleries, a condominium, a police station, a fraternity headquarters, a courthouse, a church, private residences, and commercial offices.

As I was researching this particular library structure, I found that there were other local libraries prior to the Carnegie facility. That may provide information for another column.