Not in Jasper County: Covered Bridges 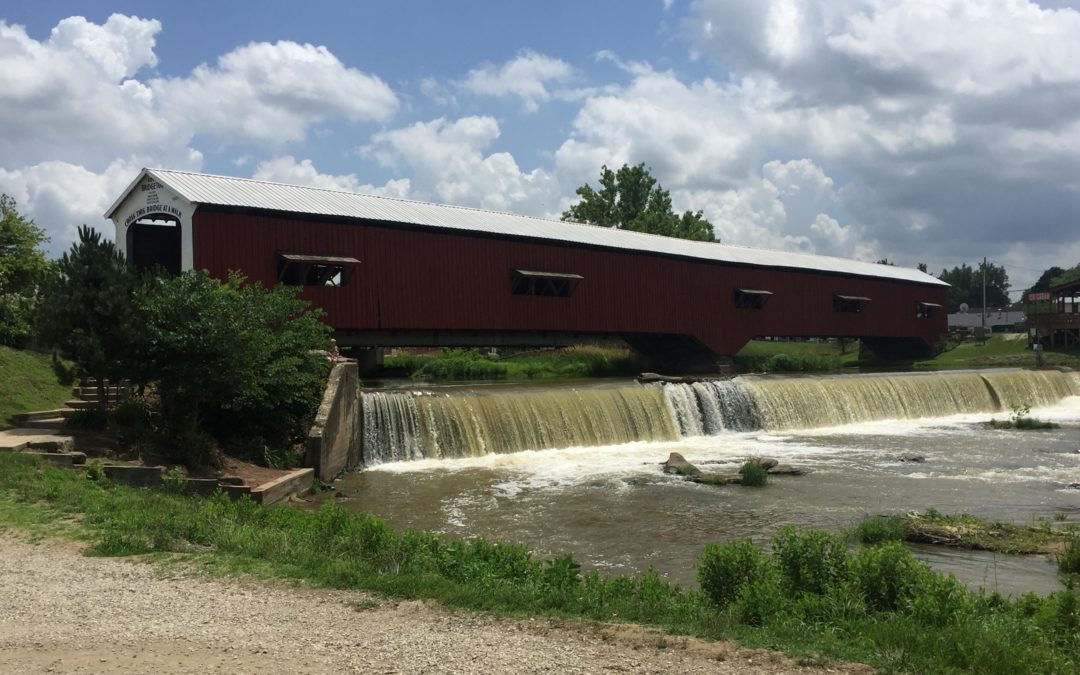 Today’s column has nothing to do with Jasper County and its history. I apologize, but it’s a subject I enjoy along with Indiana Courthouses, old barns, and interesting structures. It is covered bridges.

As you may realize, I adore old iron bridges, and those are few and far between here in the county. Former Bridge #198 east of Remington, a private bridge owned in Jordan Township, and the center of Potawatomi Park, the Bowstring Truss bridge are our iron bridges.

Others connected at the county lines are formally related to the counties north and west of us. Opposed to iron bridges, a covered bridge is a timber truss bridge with roof, deck, and siding with the roof protecting the wooden structure from the weather.

Today, there are 1,600 covered bridges worldwide with Switzerland having one build in 1,700. There were over 12,000 constructed in the United States with 3500 in Ohio. By 2018, there were fewer than 1000 authentic covered bridges left in the US.

The United States statistics show the longest one of 6000 feet built in 1814 over the Susquehanna River. It washed away in 1832. In the 1820’s many bridges were located in Pennsylvania, New York, New Hampshire and Ohio.

Floods have been the deadliest threat to covered bridges. Presently, Vermont has the highest concentration of covered bridges. However, it was found that metal bridges were cheaper to build and endured better.

There are several covered bridges within 80 miles of Rensselaer, our county seat. Those at the longest distance from us are the Wallace and Cades Mill Covered Bridges in Fountain County’s Hillsboro and Veedersburg, with the Rob Roy Covered Bridge only 64 miles away.

According to the Fountain County Historian, Carol Freese, a $200,000 fund is needed to stabilize and restore the Rob Roy bridge. There is a covered bridge 72 miles from here in Roann near Indiana 16.

In Carroll County, there are two with Adams Mill only 60 miles south. The two closest are to the north in Lake County. The Veterans Memorial Covered Bridge is 53 miles north, and it is a pedestrian bridge in Lake Station. Closer to home is an 1878 bridge that was moved from Milroy in Rush County to the Lake County Fairgrounds in 1933; it’s only 40 miles north.

There are several styles of covered bridges, but simply the main ones are Burr Arch with an arch for support or the Howe Trusses that where triangles are the support system within the enclosed walls. Yes, I am getting out of my comfort zone, but I will still encourage visits to these historic and curious structures. The shapes, patina, and waters they span make for a happy interest in the old site.

Visit the Jasper County Historical Society Museum or Pioneer Village by appointments through jchsmusem@gmail.com. The Museum is open the first and third Saturdays each month, 10 a.m.-1 p.m., with an exhibit of the Girl Scout Collection of Cindy Stath.